FREE SHIPPING On Orders Over $25

We're having a 15% off sale on all our products. Enter your email below to be notified about future sales. 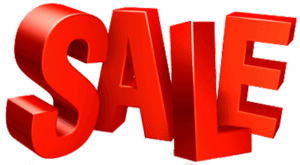 Laws and Restrictions for Pepper Spray, Stun Guns and Knives​​

STATES WHERE STUN GUNS ARE RESTRICTED:

CITIES WHERE STUN GUNS ARE RESTRICTED:

CHICAGO, IL – Not even with FOID card

COUNTRIES THAT STUN GUNS ARE RESTRICTED:

Stun guns are legal, but the owner of a stun gun needs a carry permit and the stun gun has to be secured in a locked container that only the person with that permit can access.

After a Michigan court ruled that the state’s ban on stun guns was illegal, the state legislature amended the law to require a concealed pistol license for civilian possession and use of Tasers, not stun guns.

General Laws of Rhode Island. Title 11, Chapter 47. Statute Subsection 11-47-42. Weapons other than firearms prohibited. – (A) No person shall carry or possess or attempt to use against another, any instrument or weapon of the kind commonly known as a *** stun gun ***. Any person violating the provisions of this subsection, shall be punished by a fine of not more than five hundred dollars ($500), or by imprisonment for not more than one (1) year, or both such fine and imprisonment, and the weapon so found shall be confiscated.

SUMMARY: Possession and use of Stunning Devices are banned.

Under the CCW (Carrying Concealed Weapons) laws, the prohibition against possessing or going armed with an electric weapon does not apply to any of the following:

A CCW licensee or an out-of-state licensee.
An individual who goes armed with an electric weapon in his or her own dwelling or place of business or on land that he or she owns, leases, or legally occupies.

The prohibition against transporting an electric weapon does not apply to any of the following:

SUMMARY: You need a CCW license or recognized out of state license to legally carry stun guns in Wisconsin. However, you can have a stun gun in your home or business and even carry it in your vehicle if it’s in a closed case. The catch 22 is that no one can sell to you if you don’t have a CCW license.

Publisher’s Note: The following jurisdictions require waiting periods or notifications to law enforcement officials before weapons may be delivered to purchasers:

SUMMARY: Possession and sales of Stunning Devices are banned in Chicago. (More information required on City of Chicago Ordinance)

Below are pepper spray laws and restrictions that we are aware of. You should check locally if you believe pepper sprays may be restricted in your area:

States Where Pepper Sprays are Restricted
(We cannot ship to these states. If an order is placed your order will be cancelled)

New York: New York residents may only purchase defense sprays from licensed Firearms Dealers or licensed Pharmacists in that state.

Massachusetts: It is illegal for pepper spray to be mailed to Massachusetts, but it may be lawfully carried by private citizens. Before it is legal for any resident of the state to purchase the spray, a dealer must obtain a proof of age 18 or over with a valid form of identification. However Individuals between the ages of 15 and 18 must still have a valid firearms identification (FID) card to purchase self-defense spray. These are very easy to get: you simply request one at any local police station, fill out the required form and provide two separate types of identification. Every FID has a processing fee of $2, and takes about a week to receive.

States Where Pepper Sprays Have Some Restrictions

Michigan: Pepper spray must not be more than 10% and can be used for self defense. “The reasonable use of a self-defense spray or foam device containing not more than 10% oleoresin capsicum by a person in the protection of a person or property under circumstances that would justify the person’s use of physical force. The Canister size is restricted to 35grams approx. 1.2oz.

Wisconsin: Tear gas is not permissible. By regulation, OC products with a maximum OC concentration of 10% and weight range of oleoresin of capsicum and inert ingredients of 15-60 grams are authorized. This is 1/2 oz. and 2 oz. spray. Further, the product cannot be camouflaged, and must have a safety feature designed to prevent accidental discharge. The units may not have an effective range of over 20 feet and must have an effective range of six feet. In addition there are certain labeling and packaging requirements: must state cannot sell to anyone under 18 and the phone number of the manufacturer has to be on the label. The units must also be sold in sealed tamper-proof packages.

IMPORTANT: Pepper Spray is legal in all 50 states, however a number of cities and states have restrictions on sizes, strengths, etc.. If you have a question, it is wise to check with you local city or state attorneys office. Defense sprays should only be purchased by those 18 years of age or older. The above list may not be totally accurate or complete and we accept no responsibility for its accuracy or completeness.

Note to Prospective Dealers: Even if you reside in a state where pepper sprays cannot be sold, YOU can still sell many of our other safety products to people in your town, and with one of our wonderful, pre-made websites, you CAN sell to your customers in states where pepper spray is legal.

If you have concerns, you can check locally for any laws or restrictions on knives. We’ve been made aware that the Automatic and Butterfly knives are restricted in the following states:

We provide non-lethal self defense products and hidden cameras for you, your loved ones and your home. If you have any questions about the products, do not hesitate to Contact Us.  Stay Safe!

Check your inbox for a confirmation email.